Salmon P. Chase Birthplace was the birthplace and childhood home of Salmon P. Chase. It is located about 8 miles (13 km) north of Claremont on New Hampshire Route 12A. The ​2 1⁄2-story wood frame house was built c. 1790, and is a multi-section structure in an L shape. The main block is five bays wide and two deep, with a centered entry that has Greek Revival pilasters on the central entry and on the corners. This block faces west, and two narrower sections extend east from the rear. The first of these sections is also ​2 1⁄2 stories, with two chimneys. The easternmost section is 1-1/2 stories, and was originally connected to a barn. The house is believed to be well-preserved, but there is no documentary evidence of its appearance in the early 19th century, and it is known to have been moved across the street from its original site in about 1848.[3]

The house's significance arises because it is the only known building associated directly with the life of Salmon P. Chase (1808–1873). Chase was born in this house, and lived here until he was eight, when he was sent to live with relatives in Ohio after his father died. Chase had a long and distinguished legal and political career, serving as Governor of Ohio and contending with Abraham Lincoln for the 1860 nomination as the Republican Party candidate for president. Lincoln appointed Chase to be Treasury Secretary, a post he held during the American Civil War, and from which he strongly advocated abolitionist positions as a Radical Republican. Lincoln appointed Chase Chief Justice of the United States Supreme Court in 1864, a post he held until his death.[3]

The house was declared a National Historic Landmark, and listed on the National Register of Historic Places, in 1975.[2][3] The home is currently operated as a bed and breakfast – the Chase House Inn.

Born in Cornish, New Hampshire, Chase studied law under Attorney General William Wirt before establishing a legal practice in Cincinnati. He became an anti-slavery activist and frequently defended fugitive slaves in court. Chase left the Whig Party in 1841 to become the leader of Ohio's Liberty Party. In 1848, he helped establish the Free Soil Party and recruited former President Martin Van Buren to serve as the party's presidential nominee. Chase won election to the Senate the following year, and he opposed the Compromise of 1850 and the Kansas–Nebraska Act. In the aftermath of the Kansas–Nebraska Act, Chase helped establish the Republican Party, which opposed the extension of slavery into the territories. After leaving the Senate, Chase served as the Governor of Ohio from 1856 to 1860.

Chase sought the Republican nomination for president in the 1860 presidential election, but the party chose Abraham Lincoln at its National Convention. After Lincoln won the election, he asked Chase to serve as Secretary of the Treasury. Chase served in that position from 1861 to 1864, working hard to ensure the Union was well-financed during the Civil War. Chase resigned from the Cabinet in June 1864, but retained support among the Radical Republicans. Partly to appease the Radical Republicans, Lincoln nominated Chase to fill the Supreme Court vacancy that arose following Chief Justice Roger Taney's death.

Chase served as Chief Justice from 1864 to his death in 1873. He presided over the Senate trial of President Andrew Johnson during the impeachment proceedings of 1868. Despite his service on the court, Chase continued to pursue the presidency. He unsuccessfully sought the Democratic presidential nomination in 1868 and the Liberal Republican nomination in 1872.

Chase was born in Cornish, New Hampshire, on January 13, 1808,[2] to Janette Ralston and Ithamar Chase, who died in 1817 when Salmon was nine years old. His paternal immigrant ancestor was Aquila Chase from Cornwall, England, a ship-master who settled in Newbury, Massachusetts, about 1640, while his maternal grandparents Alexander Ralston and Janette Balloch were Scottish, originally from Falkirk.[3][4][5][6] His mother was left with ten children and few resources, and so Salmon lived from 1820 to 1824 in Ohio with his uncle Bishop Philander Chase, a leading figure in the Protestant Episcopal Church in the West. U.S. Senator Dudley Chase of Vermont was another uncle.[7]

The Salmon P. Chase Birthplace in Cornish, New Hampshire. He studied in the common schools of Windsor, Vermont, and Worthington, Ohio, and at Cincinnati College before entering the junior class at Dartmouth College.[6] He was a member of the Alpha Delta Phi fraternity and Phi Beta Kappa,[6] and graduated from Dartmouth with distinction in 1826.[2] While at Dartmouth, he taught at the Royalton Academy in Royalton, Vermont.[6] Chase then moved to the District of Columbia, where he opened a classical school while studying law under U.S. Attorney General William Wirt.[2] He was admitted to the bar in 1829.[6] The Salmon P. Chase Birthplace and childhood home still stands in Cornish, New Hampshire. 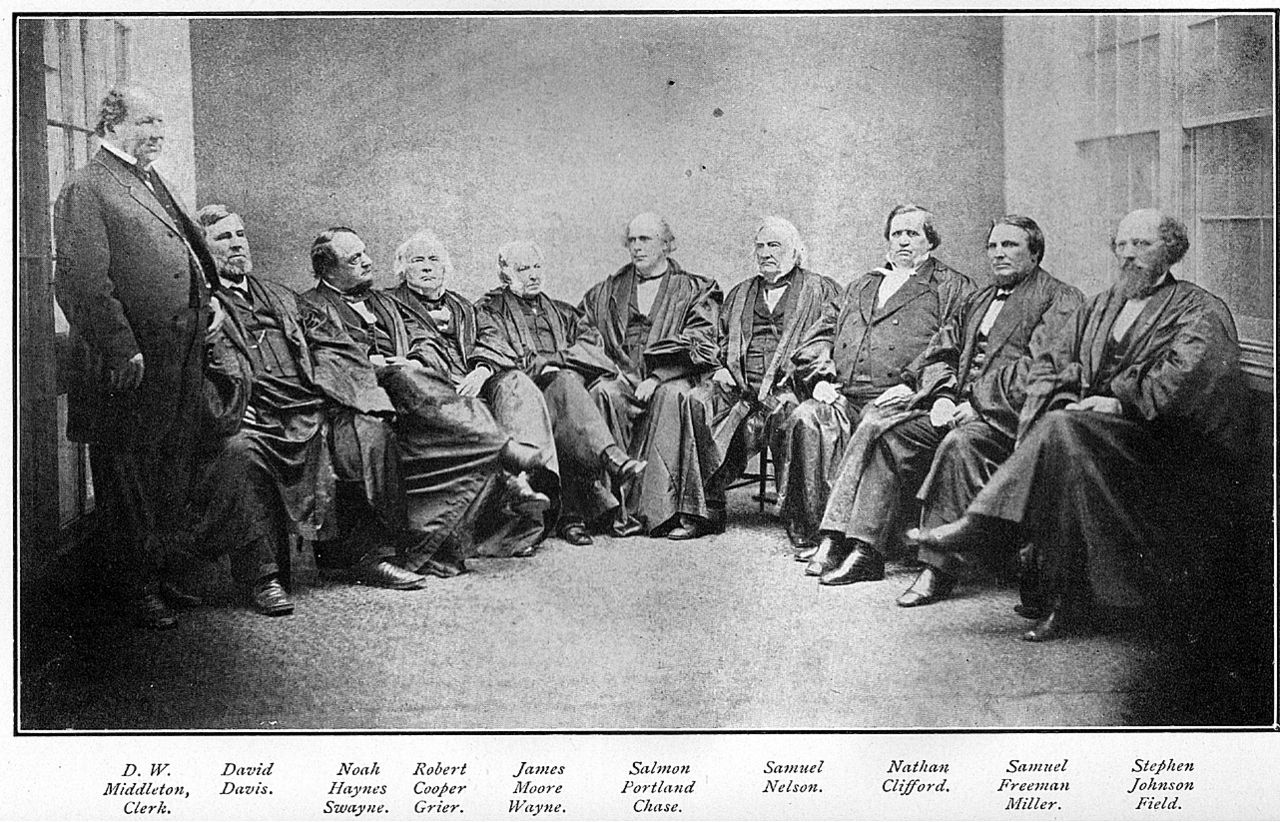 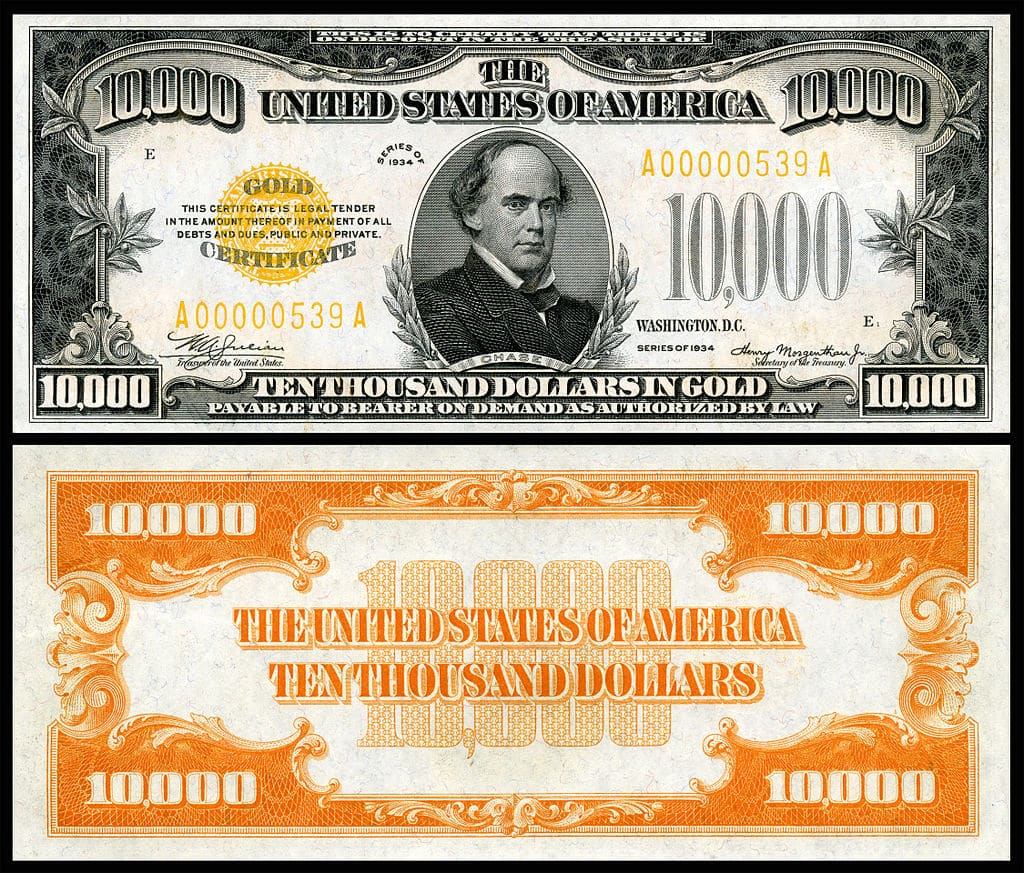 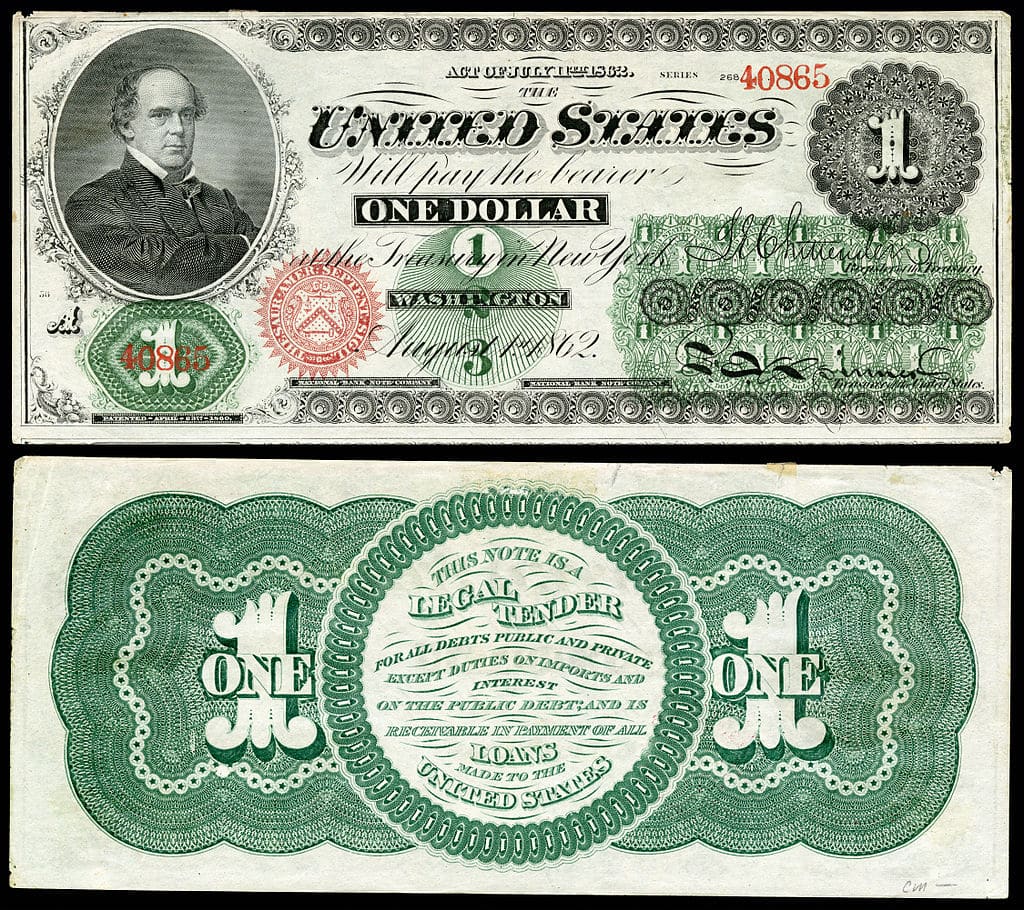